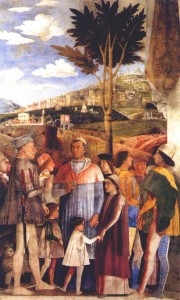 The lagotto romagnolo even called simply “lagotto”, is a breed of dog that comes from the Romagna sub-region of Italy, leaving in the past time in the countryside of Ravenna and Comacchio lands . It has an exceptional sense of smell and it is the only breed in the world specialised in hunting truffle.
Lagotto romagnolo breed standard is approved from ENCI since 1992; on march 1995 the 10Th the breed was recognised also at international level from Federazione Cynologique Internazionale( FCI) ; according to FCI this breed is classified inside the group n. 8 : Retrievers – Flushing Dogs – Water Dogs 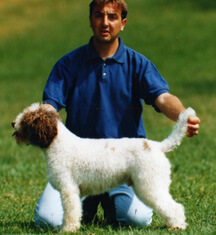 On March the 2O  Duilio della Metaurense qualifies 1° ECC C.A.C. at the truffle hunting competition held in Isernia (IS) 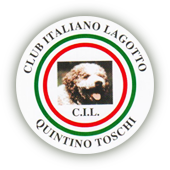 This site uses cookies in order to provide to you a better navigation experience and offers. By not leaving this site you agree with this policy. For further information visit this page.OkRead More